The Next Best Thing Blog Hop

It's The Next Best Thing Blog Hop, and I've been tagged! Thank you, Phil Siegel, my fellow YA Valentine, whose YA debut, THE BREAK-UP ARTIST, will be released May 2014 by Harlequin Teen!


1. What is the working title of your book?


I dug deep on this one because I don't think I've ever truly answered this question. Usually, I just tell the story about my sleep-hating son who forced me to make up stories while I incessantly rocked him. But that doesn't really explain how the idea came to me, does it?


There are so many things in my life I can't control- the weather, sickness, tragedy. Having children makes this fear all the more daunting. But when I'm writing, I control the world. I control everything. So what was the most powerful thing I could tackle? Death, I guess.


OBT is a nonconventional 'life after death' story. The main character is broken in more ways than one. But, I could invent a world where she could be fixed both mentally and physically. Fixed, and then some.


3. What genre does your book fall under?


4. What actors would you choose to play your characters in a movie rendition?

The boys? They are whoever you would like for them to be: 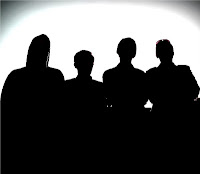 ...although I can't deny there is a hint of Chace Crawford in their genetics. It's in the smile.


5. What is the one sentence synopsis of your book?


6. Is your book self published, published by an independent publisher, or represented by an agency?


Of Breakable Things will be published spring 2014 by Month9Books.


7. How long did it take you to write the first draft of your manuscript?


Originally, I didn't write Of Breakable Things to be published; I wrote it to get the story out of my head. I only worked on it maybe once or twice a week if I had time. So, I wrote for about a year until the entire 800 pages left me alone. Needless to say, once I decided to take a stab at submission, I needed to take a (few hundred) stabs at the word count.


8. What other books would you compare this story to within your genre?


Let's be difficult and go with authors instead. Mix in a little Victoria Schwab with a dash of Sarah Dessen, and a sprinkle of Madeleine L'Engle.


9. Who or what inspired you to write this book?


10. What else about your book might pique the readers interest?


Without body, Alex is left with mind and spirit. And without the boundaries of a physical shell, her mind can produce some radical things. Emotions inhabit everything from air to objects to words, and Alex can't see (or understand) many aspects of the world until she knows to look for them. In a world the mind can manipulate, it is difficult to understand reality, but Alex learns that love can withstand the cracks, and perspective might be the most breakable thing of all.

I'm tagging Bethany Crandell, the fabulous writer of the upcoming debut, SUMMER ON THE SHORT BUS! My sister in agently crime, OneFour KidLit, and YA Valentines!

And I'm also going to tag my fellow Month9Books author, Vanessa Barger, whose debut YA, A WHISPERED DARKNESS, will be published in spring 2014! Here's her author page!

Confessions of a bookaholic: My prediction is that in 2014, I will need to file for bankruptcy. The cause? The ridiculously insane amount of money I will spend on the new titles being released.

To cope, I can turn my worrisome head in the direction of some embarrassing dares, interviews, book chats, and other shenanigans involving bookishly nerdy love. I'm talking about this hilarious, little group of debut writers: the YA Valentines!

2014... 2/14... all sorts of adorable. Head over to check out the website, and if you're feeling especially vicious this morning, shoot a "cupid's arrow".  You want to know what that is??? Click on the link!
Spoiler Alert: There are already two arrows posted, and they involve singing, mermaids, rapping, and cookies. No, I didn't make that up.

There have also been some totally fab interviews, so if you haven't already clicked out of my lame little blog to check it out, do it now!

Oh, but just in case you're still here :) Today, there's a cover rave involving yours truly!

Happy Tuesday!
Posted by A. Lynden Rolland at 5:51 AM 2 comments: