First things first, Of Breakable Things is up for pre-order on Amazon!!! Click here to go the page:

Also, last week I had the opportunity to share my OBT playlist at one of my favorite blogs, FICTION THE NEW REALITY! There's also a giveaway for one of the OBT bracelets, so be sure to check it out and enter the giveaway before it's too late! 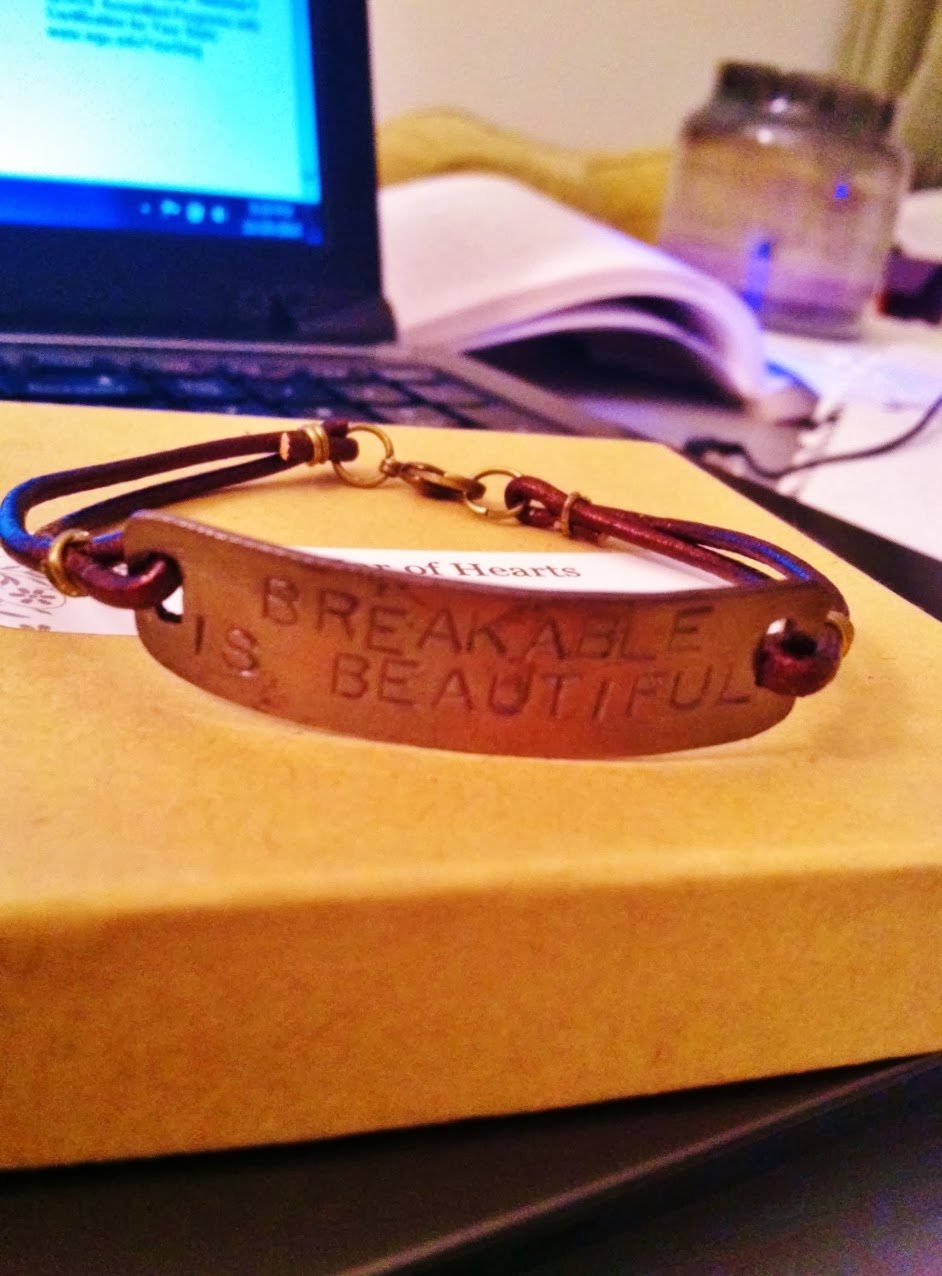 And finally, the Month9Books 2014 preview is live! Check out all the amazing titles and GORGEOUS covers. Click on the pic below to go to the YouTube video.

Happy New Year!! It's officially 2014! Woot! By the way, I never posted that the winner for the #OFBREAKBLETHINGS button promo contest was Jaime R. from Maryland!!! Congrats to Jaime, and I hope she's enjoying her gift card!!! (save some of that $$ for April 8!!) And save those buttons folks. If you post a picture on any social media just be sure to link it to me or OBT, and your name stays in the drawing for next month!!!

I've been getting some frequent questions about the plot for OF BREAKABLE THINGS, so I thought I'd ring in the new year with a little T/F. Well more of just a False.


What Of Breakable Things is NOT.

A love triangle. It’s more of a straight line. Sorry.

Chase has brothers. They are major characters. There is one brother in particular who could be considered a piece of a triangle, but if you read the story you’ll realize that he never stood a chance in the first place. He’s just a selfish guy who wants to beat out one of his brothers for once in his life. If that means stealing a girl, then so be it. Does he love Alex? Sure. He grew up with her. But this character loves himself more than anyone else. The series will show his growth, but selfishness is something that rarely changes in anyone.

Supernatural meets natural and falls in love. No.

There is only one living character in OBT (unless you count flashbacks). The story is not about the living interacting with the dead. Far from it. It’s about a mental world that exists between body and spirit. The ‘mind’ part of us consists of the memories, the emotions, and the intelligence we gather throughout our lives. The story explores the things we can finally see and feel once we allow our minds to be free.

Although there are seriously horrific aspects to the story (when a psychotic mind finds its way into world dictated by mental activity, it poses a problem), it is not horror. Technically, the genre is YA paranormal, but it certainly isn’t your typical ghost story. I will share that there’s an old asylum- next to the one where Alex is committed before her death- and the minds lurking there are nothing like Casper.

Sometimes it’s easier to say what a story is NOT, especially when trying not to give too much away. If you were banking on a love triangle or staying up all night from fright, this won’t be the book for you. But I do think readers will enjoy thinking about the things that may exist beyond our realm of comprehension.

Hope you rang in the new year in style!!!! I know I personally have a virtual hangover from the #NYE14reads fun. Cheers!
Posted by A. Lynden Rolland at 10:07 AM No comments: